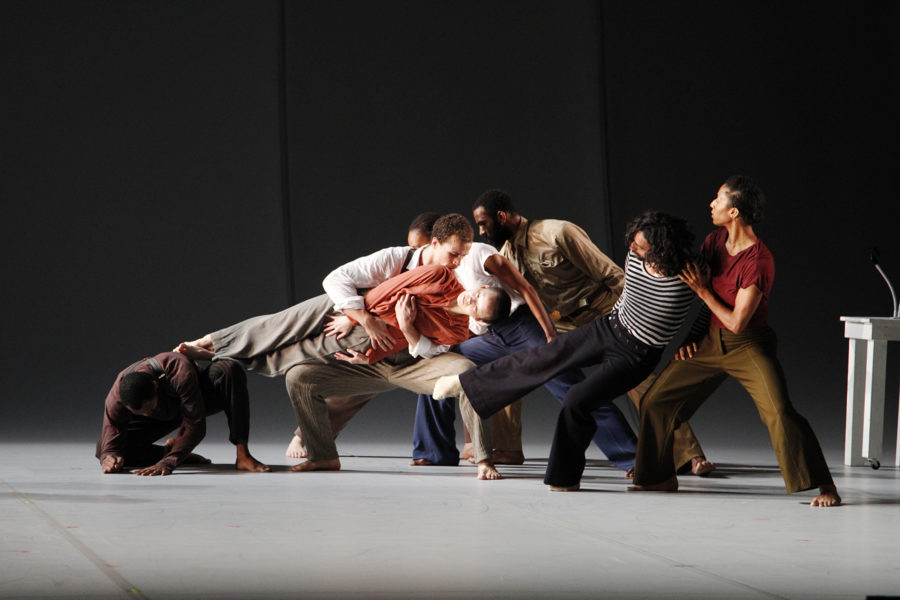 Photo by Paul B. Goode

Six years in the making, the marathon dance project Analogy Trilogy from the Bill T. Jones/Arnie Zane Company arrived at UCLA’s Royce Hall this past weekend. The three works in the trilogy are called Analogy/Dora: Tramontane, Analogy/Lance: Pretty aka The Escape Artist and Analogy/Ambros: The Emigrant — they explore the nature or memory and the connections between a 95-year-old French Jewish nurse, a man battling addiction and a character from the historical novel The Emigrants. It’s the latest work from a true pioneer of dance, Bill T. Jones. Leading up to the performances, he joined us in the studio to talk about the Analogy Trilogy and how he recommends the audience watch the works. Hit play below to listen to our Arts Alive feature with Bill T. Jones.


You can learn more about the Analogy Trilogy at cap.ucla.edu.