Carlo Ponti and the Los Angeles Virtuosi Orchestra Are Funding LA Arts Education by Putting on Concerts - Classical KUSC
Support the Music You Love
This stream only exists thanks to listener support. Consider making a gift of any amount to keep it coming. 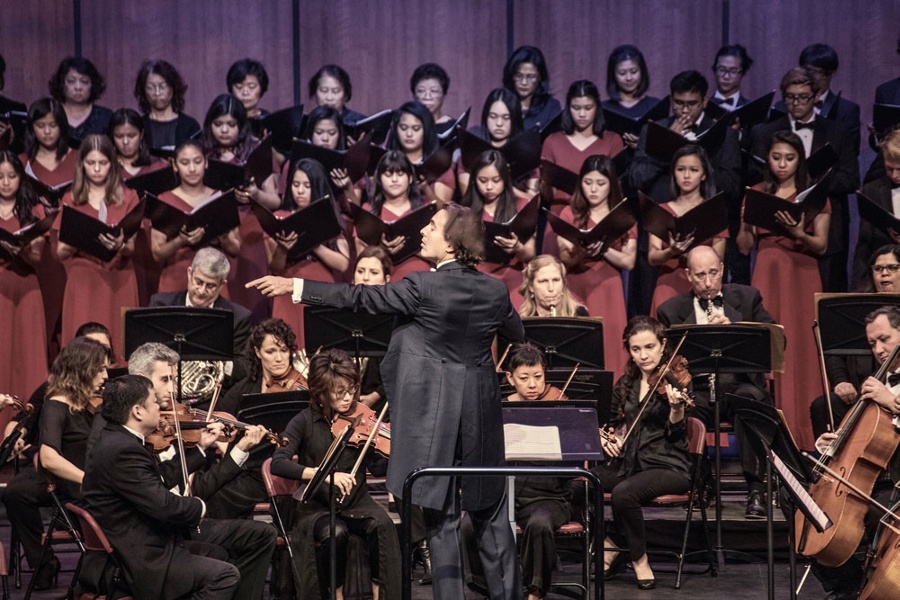 Hit play below to listen to our Arts Alive feature on Carlo Ponti.


Today’s edition of Arts Alive tackles the difficult question of funding for public school arts and music education. It’s a question for which one local conductor, together with the orchestra he founded, has a pretty creative answer.

“I’ve always been a very big advocate of helping young people and helping young musical talent. I really felt the need to start an orchestra whose ultimate purpose was to have music education. It is the only orchestra in the world which allocates 100% of the net profit from its concerts to the music education programs of our partner schools.”

“It’s part of the [LA] Unified School District. It was started by former mayor Tom Bradley. They have been fantastic. It has been such a pleasure to work with them. Through them we were able to reach the school through the curricular level by them enabling us to have one of our musicians teach classes and hence giving the children a very high level of instruction.”

I asked Ponti what we could be doing better in terms of music education. Do we just simply need more of it?

“[It’s difficult] when dealing with a country like America, which is so big. Europe is smaller so it’s easier for the government to allocate. But America is so large that every state is like its own country. Therefore, the torch is passed to non-profits to fill in the gap. Many of them have been quite successful. Being in Los Angeles, this is the second-largest school district in the country and it is one of the least funded for arts programs. It’s, in a sense, natural that things are getting outsourced. We can be so effective in doing so.”

Carlo Ponti is the founder and conductor of the Los Angeles Virtuosi Orchestra. Their next performance takes place February 17th at LACMA’s Bing Theater and features Mozart’s Violin Concerto No. 1 with LA Opera Orchestra concertmaster Roberto Cani as soloist and Bartok’s Divertimento for Strings. You can find out more and get tickets at lavirtuosi.org.