Ellen Reid: Composing Her Way Through LA - Classical KUSC
Support the Music You Love
This stream only exists thanks to listener support. Consider making a gift of any amount to keep it coming. 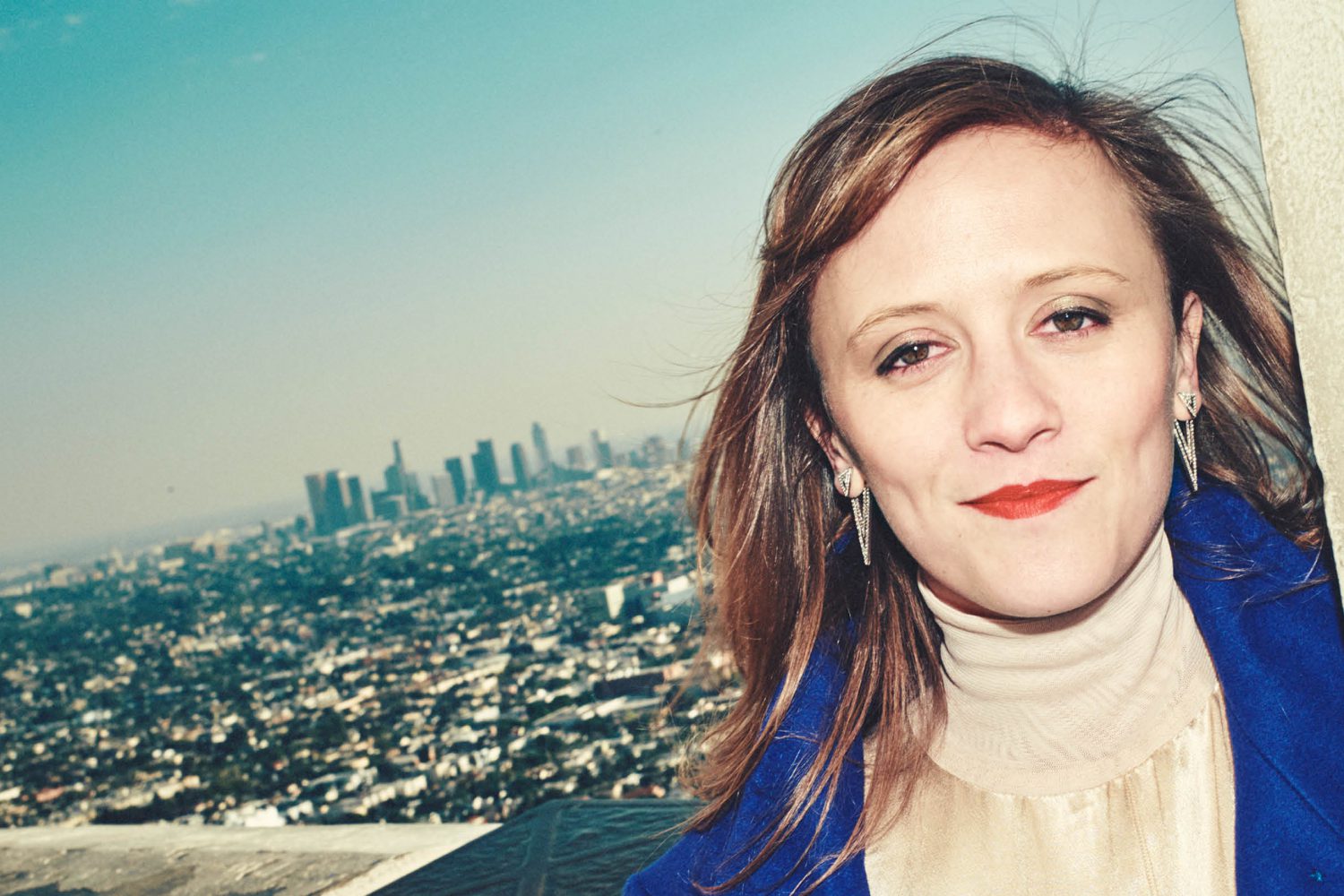 Hit play below to listen to our Arts Alive interview with Ellen Reid.


Ellen Reid is busy. This year, she’s had new music premiered by the LA Chamber Orchestra, performances of her music at the Hear Now Festival, a premiere coming up this fall with LA Opera, a new sound installation and composition for the LA Phil’s 100th anniversary season, and on Sunday the biggest piece ever commissioned by the LA Master Chorale. She’s basically like a composer-in-residence for the city of Los Angeles.

“All of a sudden it’s all happening at this moment,” Reid told me recently in an interview at the KUSC studios. “I love all of these organizations, I follow them, I love what they’re doing, and to be able to work with them is what we live for as composers.”

Ellen Reid collaborated with librettist Sarah LaBrie and cultural anthropologist and researcher Sayd Randle for this new work for the LA Master Chorale which is called dreams of the new world. It’s an exploration of various frontiers in American history, as viewed through three different places and time periods: Memphis in the 1890s, Houston in the 1970s, and present-day Los Angeles.

Reid told me she and her collaborators interviewed dozens of people in each of those cities over the course of the two years they spent creating the piece. She says the resulting work represents an opportunity for us, in a divided country, to listen to one another and find areas of common ground and empathy.

“I think this piece is happening at such an interesting moment when people on different sides of the political spectrum can’t even talk about anything. The way it happened is that we interviewed people with a wide variety of opinions about what was happening, what had happened, and what the future should look like. And we wove these different points of view together in a way where the music holds space for the different points of view.”

“I tried really hard to always write with the point of view of the person we were interviewing. So, if they were getting excited about making a fortune and betting the ranch, the music is going to be really exciting there! That way as the audience listens to it, they are going between all these different points of view, which I think then just raises questions. Because we’re all complicit in the future and we’re all involved in it.”

BL: Yeah, like we have a stake in what comes next, right?

ER: Yeah, we have a stake but we’re also creating it. So, my hope was to not tell anyone what to think, but just to raise questions. Then, hopefully a conversation can happen.