Pre-Performance Rituals with Pianist Stephen Hough - Classical KUSC
Support the Music You Love
This stream only exists thanks to listener support. Consider making a gift of any amount to keep it coming. 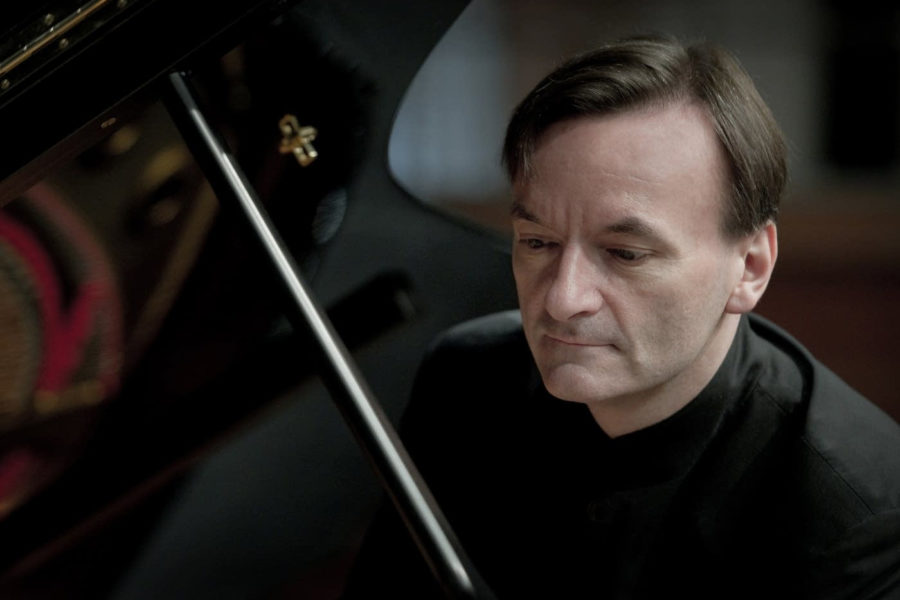 Many performers have elaborate rituals that they go through before concerts — Glenn Gould used to soak his forearms in hot water before performances — but Stephen Hough has made a point of never depending on any of them. “My main teacher, Gordon Green,” he says, “told me never to begin by doing exercises or warmups. He said ‘begin with a piece,’ because, he said, there will be a time when you’re traveling and playing, if you have a career (I was about 10 or 11 at the time) when you won’t be able to warm up, and you’ll have to walk out onto the stage and play cold.” He says unexpected flight delays, traffic, any number of snags could mean that time isn’t available.

But when he does set about practicing, he has another habit that has helped ensure no one part of the piece gets too much attention. “I very rarely begin at the beginning of the piece practicing. I came across this with the Chopin third sonata, the B-minor sonata. Both when I played it myself and when I was teaching it in a master class. I realized that people played the exposition, the first part of it, much better than they played the recap. And it was because they always practiced it more.  They started there every time, and so by the time they got to the recap they’d kind of had run out of steam… and so they’d never given the same attention to that.” Instead, Hough likes to mix it up: “If I’m practicing Brahms’ second concerto, I never begin at the beginning, and just go all the way through. Tuesdays I might just do the second movement, and then the third and fourth together, or start with the development of the first movement, and then go back to the beginning. So I’m actually making sure that everything is equally looked at and prepared.”