Behind the Scenes of YOLA's New Home in Inglewood - Classical KUSC
Support the Music You Love
This stream only exists thanks to listener support. Consider making a gift of any amount to keep it coming. 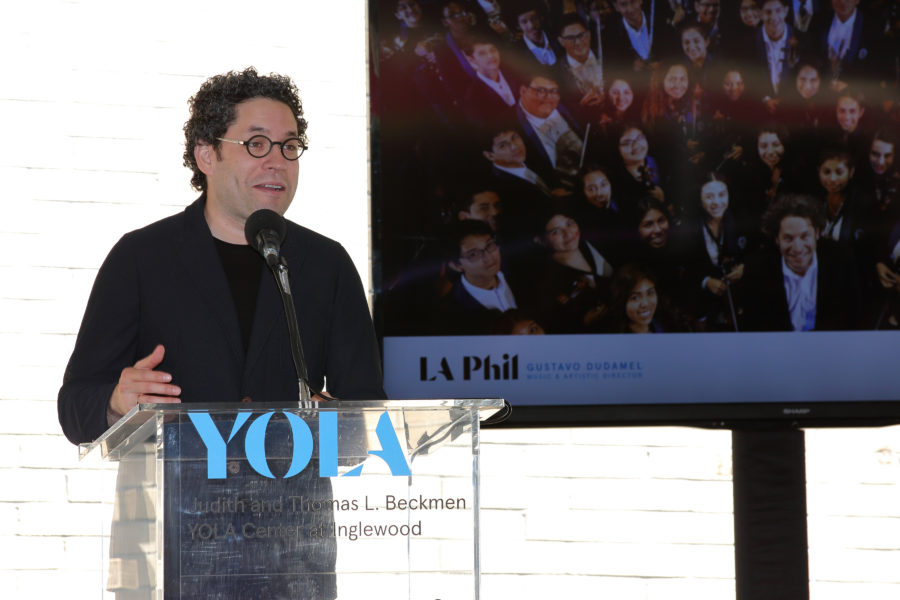 “We are building a place that is an inspiration and is a place for inspiration.”

Gustavo Dudamel and I are walking to his car from a giant open-air tent that has just hosted more than 100 members of the media for the unveiling of architect Frank Gehry’s design for a new Youth Orchestra Los Angeles (YOLA) headquarters in Inglewood. After a long press conference, endless photo ops, and a mobbing from a gaggle of music and architecture reporters, Dudamel catches my eye.

“Let’s walk,” he says, and we escape the throng. Well, almost. A couple of well-wishers stop him for hugs and congratulations and a fan asks for a selfie, which Dudamel agrees to, although he pulls me into the photo as well. (Sorry, selfie-seeker, I know you didn’t want me photobombing your shot, but you can always photoshop me out later!)

“You cannot imagine how happy I am right now,” Dudamel tells me, “And this is only the beginning. The dream is to be here [in Inglewood] and give to the community, but also to embrace other communities and to go to them also. [The goal is] for everyone to feel that music and art is for them.”

The Judith and Thomas L. Beckmen YOLA Center at Inglewood will be a permanent home for YOLA. Architect Frank Gehry and his firm will transform an existing 18,000-square-foot former bank into a 25,000-square-foot facility that will include classrooms, practice rooms, rehearsal rooms, and a 2,100-square-foot performance space. Construction will begin in early spring of 2019 with anticipated completion in summer of 2020 and the first YOLA students arriving that fall. 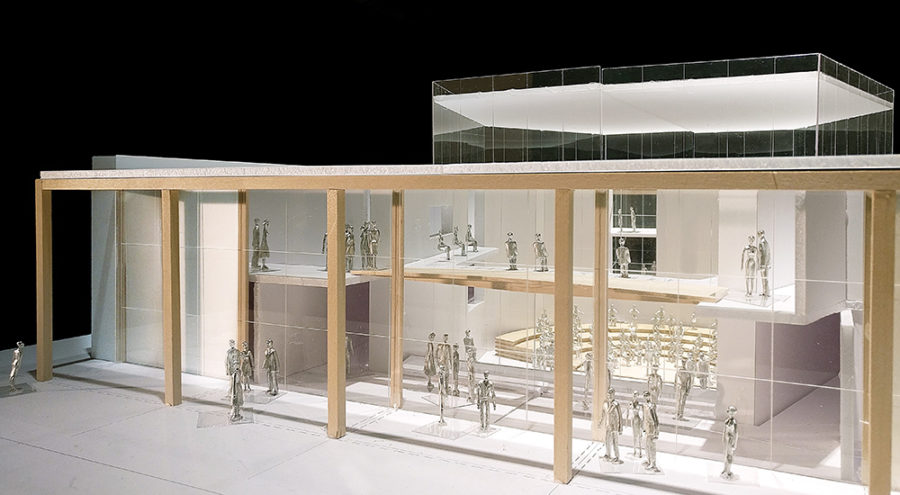 Renderings of the new Judith and Thomas L. Beckmen YOLA Center at Inglewood

Dr. Yasuhisa Toyota and Nagata Acoustics will consult on the design for the performance space, meaning the Beckmen YOLA Center will have the same architect and acoustician as Walt Disney Concert Hall. LA Phil CEO Simon Woods told me this was an important element of the project, emphasizing that YOLA is an essential member of the LA Phil family. “There is no compromising about standards,” Woods said, “that’s where this culture of discipline, teamwork, and collaboration comes from.” Simon Woods told me it’s important for the LA Phil and YOLA to come to Inglewood with “a great deal of humility, understanding that we know a lot less about the community than those who have lived and worked here for many years. Today, we begin a process of listening. We don’t want to just arrive in this community with our programs and say, ‘We know how to save you.’ That’s the worst kind of community engagement. The best kind of community engagement is where we come and say, ‘Here is what we have to share. How can we help?’”

That open spirit is something that is not lost on Inglewood’s Mayor, James T. Butts, who told me he enthusiastically welcomed the “open minds, open hearts, and open hands of YOLA and the LA Phil to add to the fabric of this community.”

“We’ve had several huge things come to Inglewood,” Mayor Butts told me, “the NFL, Madison Square Garden at The Forum, the NBA, future Super Bowls: this tops all of it.” 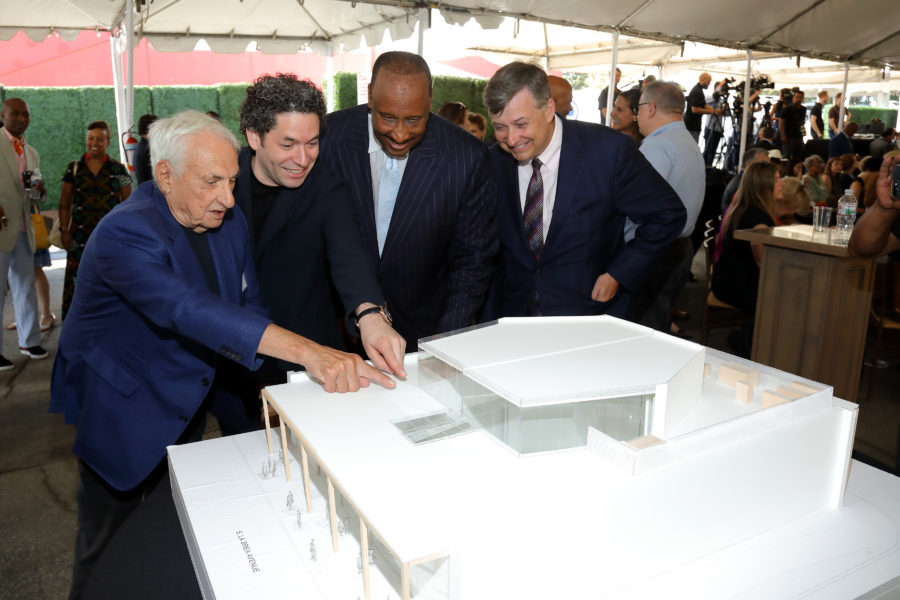 For me, the Beckman YOLA Center conjures up images of Venezuela’s El Sistema, the music education and youth orchestra program which produced Gustavo Dudamel. Specifically, the National Center for Social Action Through Music—a building which was only a year old when the LA Phil toured to Caracas in 2012. Outside the National Center for Social Action Through Music in Caracas

Gustavo Dudamel told me it’s not just the new Beckmen YOLA Center, but YOLA itself is “a sister or brother of what we have in Venezuela.” Earlier in the press conference, Dudamel had mentioned that the existence of YOLA was one of the major reasons why he accepted former President and CEO Deborah Borda’s offer to become the LA Phil’s music director. (He has told me he had multiple offers in hand when he picked LA.)

YOLA began with 80 students at one site. It now serves more than 1,200 students across four different locations in Los Angeles. 100% of YOLA graduates also graduate high school. 90% are attending college. 50% are studying music in some capacity.

“Imagine, for me to be a son of El Sistema,” Dudamel said, “and arrive here and to see the message spread around the world, in this case in my family here in Los Angeles, it’s a privilege. I’m really honored and ultra-happy!”