Your Playlist for a Summer Kayak Paddle - Classical KUSC
Support the Music You Love
This stream only exists thanks to listener support. Consider making a gift of any amount to keep it coming. 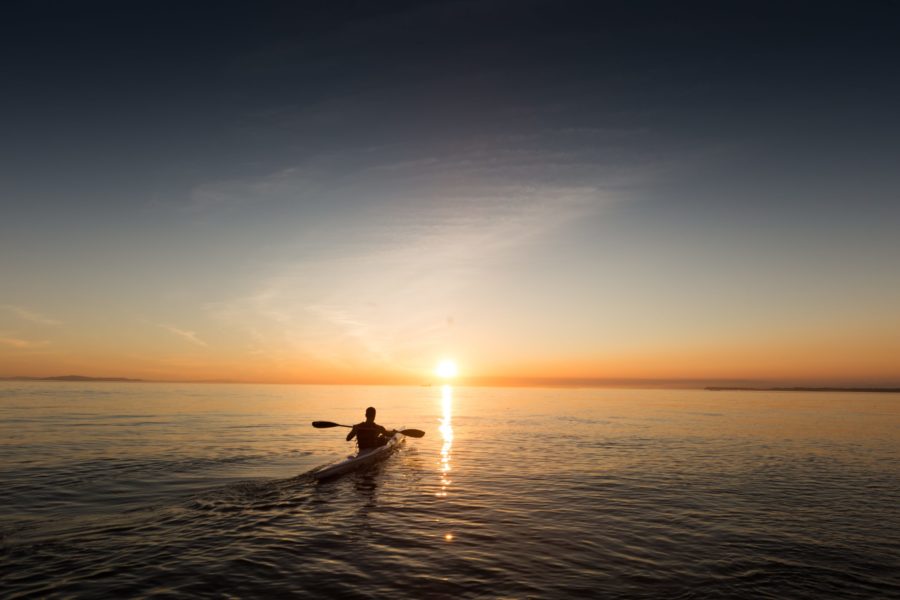 KUSC is here to help you get the most out of your summer. So we asked our hosts to recommend music for some iconic California summer experiences. Robin Pressman wants you to grab your hat and sunscreen, pack snacks, plenty of water, and head to the coast. We’re going Kayaking!

Let’s begin paddling around the craggy cliffs and coves of Northern California’s shoreline as we head to the mouth of the Russian River. Our journey begins with this piece from Sonoma County composer L. Peter Deutch.

Not long ago on a three-day kayak trip on the Russian River, Shubert’s Trout Quintet was my soundtrack as I paddled eye-level with Great Blue Herons and Snowy Egrets, as baby steelhead trout swam alongside, and river otters slipped and slid over the rocks.

We’re picking up steam and we follow the current gliding and paddling to this music by William Grant Still based on a poem about the Coosa River.

OK, we’ve been paddling hard for a while. Let’s take a break, have a snack, and let the current carry us for a while. It’s a dreamy afternoon on the water described beautifully by Mark O’Connor’s Appalachia Waltz. He’s the fiddler, joined by Yo-Yo Ma and bassist, Edgar Meyer.

One of the greatest things about spending an entire day out on the river is to let your eyes drink in the magnificent expanse of blue sky above. Michael Torke captures that joyous experience in Sky written last year. The three movements are I. Lively II. Wistful III. Spirited.

It’s been a long day on the river. There’s a full moon tonight. We’ll pitch a tent, get back on the water before dawn and head out to the ocean in time to see the full moon set into the ocean while the sun rises over the hills. That’s a true Midsummer Night’s dream.