Summer Vacation Inspiration and Brahms - Classical KUSC
Support the Music You Love
This stream only exists thanks to listener support. Consider making a gift of any amount to keep it coming.

So many composers were inspired by their time in the Great Outdoors. Some, like Beethoven, just liked walking around and letting ideas come to him as he wandered. Others, like Mahler or Grieg, built their own studios, separate from their houses, where they could be alone to write. Johannes Brahms, though, had a very particular routine that he had settled into by the time he reached his 40s. He would spend the winter performing, sketching out new ideas and proofreading works in progress, and then do his most concentrated work during the summer. He would find a resort, usually in Austria or Switzerland, and stay there for a few years at a stretch, before moving on to another vacation spot. 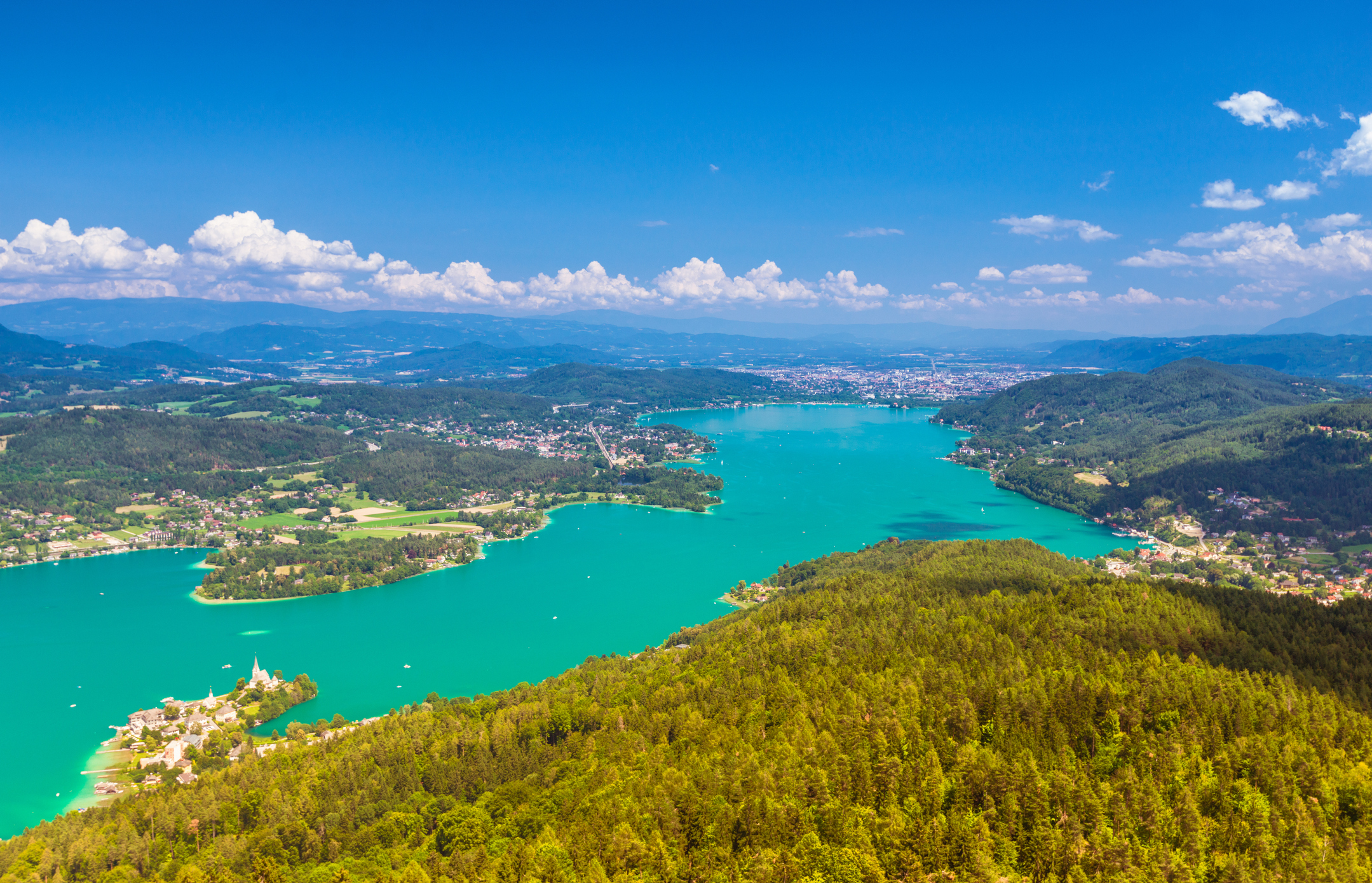 One of his favorites was the Wörthersee, in Austria, where he said: “the melodies were so abundant that one had to be careful not to step on them.” He stayed there from 1877-79 and found enough inspiration to write, among other works, his second symphony, his Violin Concerto, his first violin sonata, numerous songs and piano works and his second set of Hungarian dances.

Brahms wasn’t the only composer to be inspired by this beautiful place – both Gustav Mahler and Alban Berg spent time in the area. Both of the buildings Brahms stayed in still exist, and there is even a yearly International Brahms Competition in the town of Pörtschach, as well as a Brahms Museum. One of the buildings in Pörtschach in which Brahms stayed | By Johann Jaritz – Own work, CC BY-SA 3.0

Actually, my favorite image of Brahms comes from his time in Vienna – ambling down the street, hands behind his back and cigar in mouth, on his way to his favorite pub: The Red Hedgehog.