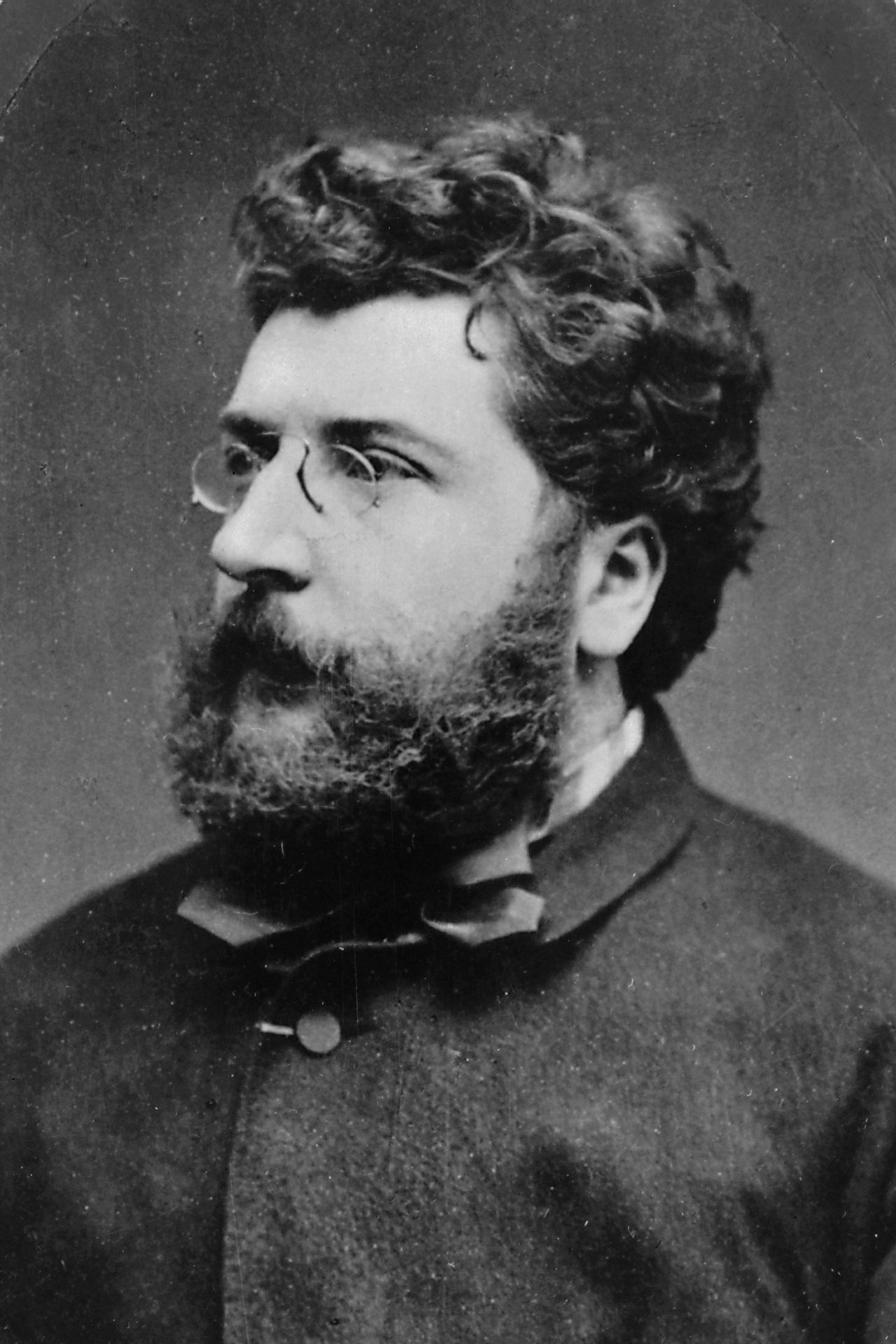 Georges Bizet had already found moderate success as an opera composer prior to what would become his biggest hit. Like many, he saw setbacks and failures throughout his career. His 1872 opera Djamileh, a one-act comic opera that takes place in Egypt about a slave girl and a prince, was a complete failure upon its premiere. Many blamed the singers, while others looked to the poor direction. However, Bizet still received another commission from the Paris Opéra-Comique.

He presented the idea of Carmen, inspired by the novella by Prosper Mérimée, as the subject matter for this commission. His librettists were excited at the idea of presenting such a scandalous story on stage, while the manager of the Opéra-Comique was completely opposed. Fortunately for Bizet (and for us) the manager resigned from his position and Bizet’s project could move forward.

He presented the idea of Carmen, inspired by the novella by Prosper Mérimée, as the subject matter for this commission. His librettists were excited at the idea of bringing to the stage the scandalous story of Carmen, a free-spirited and fiery Spanish gypsy, who manipulates and seduces her way into getting what she wants. The manager of the Opéra-Comique, on the other hand, was completely opposed. Fortunately for Bizet (and for us) the manager resigned from his position and Bizet’s project could move forward.

The opera premiered after a lengthy rehearsal process in March 1875. The first performance was over four hours long – compared to most modern productions that run just about three hours with no cuts and three intermissions. The initial enthusiasm showed by the crowd dimmed as the night went on, as they became restless and increasingly disgusted with the behavior of the opera’s main characters. The press was lukewarm in their response to Carmen and Bizet felt he had once again failed. The opera would continue to run to half-full houses for several weeks, but Bizet would pass away before learning what a musical masterpiece he had created.

What is it about Carmen that has made this opera such an enduring classic? Is it the music? The story? It’s controversial main character? I would argue to say all the above. I took in my first production of Carmen at the Metropolitan Opera in 2002. It was a lavish, over the top production from Franco Zeffirelli that featured Denyce Graves in the title role. And it was one hit tune after another. You can’t help but hum the Habanera, the Segudilla, or the Toreador Song upon leaving the theater.

The Toreador Scene from Glyndebourne’s 2002 production

The story is one that stays with you as it centers around how one person can be destroyed due to their love for a toxic person. Whether that toxic person is Carmen or José is up to you. Don José begins the opera in the role of innocent small-town boy who has the heart of the pious girl next door in the innocent and loving Micaëla. It is his fateful meeting with the seductress Carmen that begins his descent. Over the course of the next three acts we see him leave his sweetheart and change into a scared and desperate man who eventually turns to murder. Carmen herself is a woman you love, and then love to hate. She is admirable in that she knows who she is and does not rely on anyone else for her existence. It is her ability to use her sexuality to bend the wills of men that makes her fascinating and repugnant. Her behavior on stage shocked 19th-century audiences as she is called upon to smoke, drink, fight, and seduce. At one point in Act 3, she does do the noble thing and releases Don José since she is no longer in love with him – although, the question does arise if she ever loved him to begin with. However, José does not take the hint and continues to fight a losing battle to win her heart. In the end, José commits the ultimate act of violence and murders her after she rebukes his advances. The opera ends on that sudden and dark note. Carmen is dead, and José’s fate is sealed.

Today, Carmen has been performed over a thousand times at the Metropolitan Opera since its company premiere in 1884. It has been translated into numerous languages and has seen many different variations that include spoken dialogue, sung recitative, or a combination of the two. It has also inspired many homages including Rodgers and Hammerstein’s Carmen Jones (1954 film version starred Dorothy Dandridge and Harry Belafonte)

And the 2001 version for MTV starring Beyoncé known as Carmen: A Hip Hopera.

Its music, story, and characters will continue to live on for years to come. Bizet certainly saved his best for last.

If you enjoyed this, keep your eyes peeled for more ABC’s of Opera coming soon on the KUSC Guide to Opera.