A New Champion of the Harpsichord - Classical KUSC 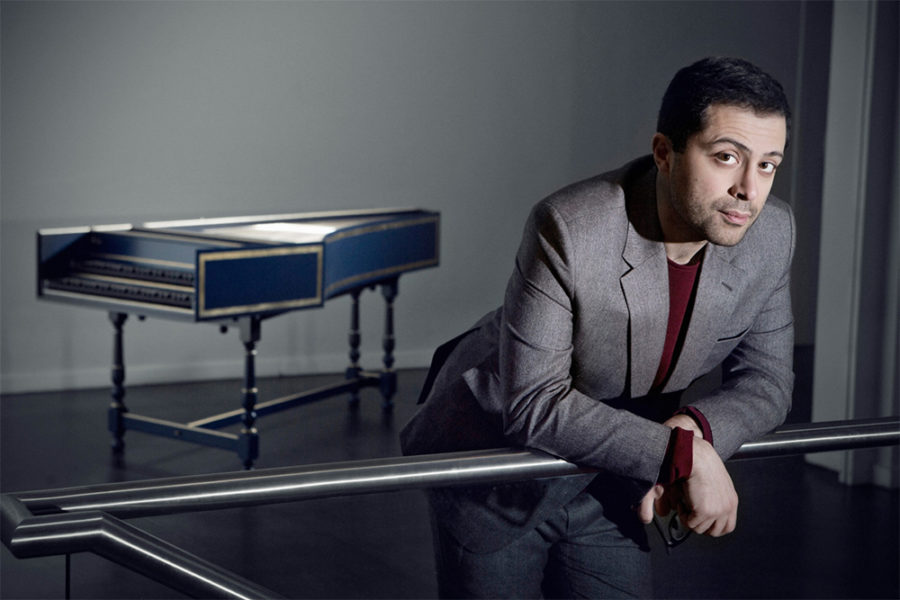 Forgotten or overlooked instruments need virtuoso players with loads of energy. Not just the strength for playing, touring, and performing but the inner drive and conviction of their personal mission. These dedicated musicians, passionate about performing with a lesser-known instrument, understandably want the best for it. Think of Avi Avital, the Israeli mandolinist, who has toured incessantly and recorded various exciting albums that seem to keep his humble mandolin in the public’s ear.

You can say the same for harpsichordist Mahan Esfahani. The thirty-four-year-old has stirred things up, sometimes aggressively, and championed the keyboard grand-daddy and its place in the twenty-first century. In a pleasant and surprising departure, he includes a pretty even split with his programs, mixing traditional harpsichord faves (Bach, Scarlatti, and John Bull) with modern composers and contemporary pieces.

The New York Times recently wrote an entertaining profile about Esfahani, calling him a “pugnacious performer.” The keyboardist lobbed a grenade of a quote that stirred up the music world last year. In April 2017, Mr. Esfahani said, in an interview with Van, the online classical music magazine, that he had heard “leading figures in the harpsichord world give recitals that were played as if someone had died. Personally, I’d rather have dental surgery than hear recitals such as these.” You can read the full article here.