Placido's 50th Anniversary at the Met! - Classical KUSC
Support the Music You Love
This stream only exists thanks to listener support. Consider making a gift of any amount to keep it coming. 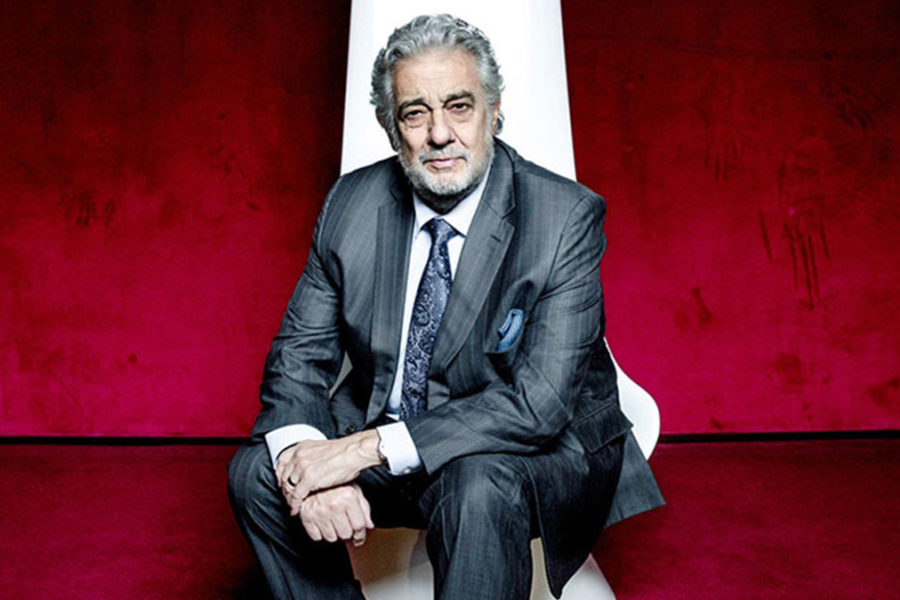 This Saturday, one of the greatest figures in the history of opera will once again grace the stage of the Metropolitan Opera in New York City, singing the title role in Puccini’s one-act comedy, Gianni Schicchi. Placido Domingo made his Met debut fifty years ago on September 28, 1968, filling in for an ailing Franco Corelli in Cilea’s Adriana Lecouvreur. Domingo, who is now 77, sang all the great tenor roles in the repertory, before switching to baritone (and to conducting) during the last decade. At a special celebration of his 50th anniversary November 23, Met general manager Peter Gelb presented him with a very appropriate gift: “Since you have owned this stage for your entire career, we thought we’d give you a piece of it,” Gelb said before bestowing a chunk of flooring. Feast your ears and eyes on this montage of Domingo at the Met through the years, beginning with a visit to a certain porcine puppet!

And be sure to tune in to KUSC this Saturday at 10am for Puccini’s Il Trittico starring the one and only Placido Domingo on the Metropolitan Opera Broadcast.