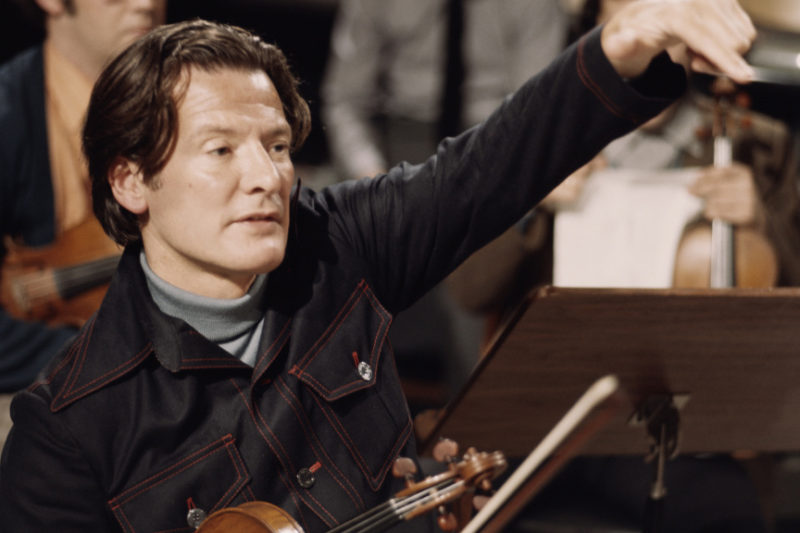 One of the ensembles you hear regularly on KUSC is London’s Academy of St. Martin-in-the-Fields, reputedly “the world’s most recorded orchestra.” (Their recorded performances include the soundtrack to the movie Amadeus.) Most of those recordings were made under the ensemble’s founder, Sir Neville Marriner.

In the 1940s and 1950s, Marriner played violin with most of the London orchestras. In 1958, while playing in the London Symphony, he founded the Academy. In the early days, Marriner led the ensemble from the concertmaster’s chair. When he moved to the podium, his relationship with his players remained the same. “I was never a potentate swinging a scepter, but was always in a dialogue with my musicians.”

Over Marriner’s many years with the Academy, his method of selecting players stayed the same. After the initial auditions, musicians would be put into the group for a few concerts to see if they could adapt to its style. “But the most important test,” says Marriner, “is to take them on tour and see if you can bear to spend time with them. If they are miserable devils, they don’t get invited back.”

After over 50 years of leading Academy of St. Martin-in-the-Fields, Sir Neville Marriner passed the baton to violinist Joshua Bell, naming him the new Music Director.