The Worst Classical Album Covers Of All Time. Ever. Really. Part I – Classical KUSC

Recently I happened across a copy of the London Philharmonic Orchestra’s CD of The Greatest Video Game Music.. The cover art features a soldier in full military garb playing a flaming cello against the backdrop of a vast war-torn wasteland. 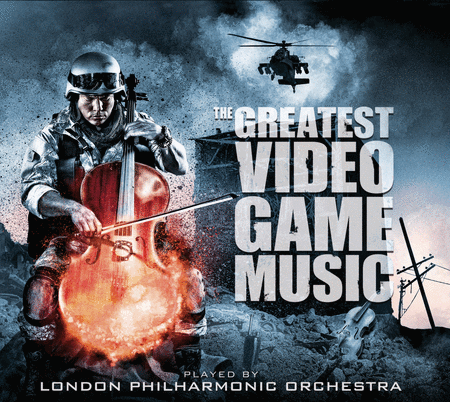 This got us thinking. There are plenty of bad album covers out there, but what are some of the Worst Classical Album Covers of All Time? Jamie Paisley, KUSC’s music director, and I mined the music library and came up with these top picks. One record label was far and away the King of Bad Cover Art. We begin with several choice examples from the Westminster Gold Series. Is it just me or is this a little bit insensitive, racially. This makes me a little squeamish. I cannot explain why. What do you suppose are the odds that this album was released just after Star Wars premiered? At least they got the brand of hubcaps right. Moving on from the WGS travesties… apparently Angela East needs to learn the hard way that cellos and incoming waves do not the best of friends make. The concept of castrati is already a little creepy. The cover of Cecilia Bartoli’s album of arias written for castrati takes the creep factor farther. And it doesn’t end there. When you open up the liner notes… There is so much going on in this one, it’s almost admirable that absolutely none of it makes sense. A gazelle with a human conjoined twin, uh, makes rain on a pregnant naked woman? Dare I ask, “why?” I could understand a cover like this for a record featuring Beethoven’s Ghost Trio, but these are just a few Haydn String Quartets. Why should they be haunted? These covers raise so many questions. Like when did soprano Jessye Norman grow antlers? Is that burst of light coming from his… ? What does this have to do with the cello music of Miaskovsky? I found even more examples of questionable cover art, but I’m not going to bare all (get it) right now. I’ll be back next week with more Worst Classical Album Covers of All Time.